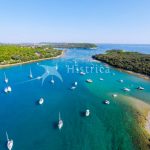 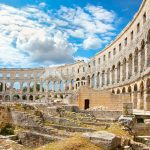 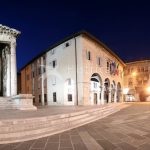 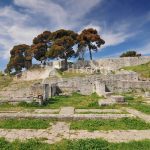 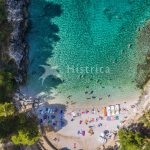 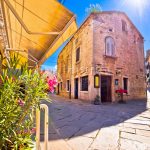 Pula is about three thousand years old. It is a city with pre-ancient traces collected in the legend of the seafarers Argonauts who arrived here from the distant shores of the Black Sea carrying with them the stolen Golden Fleece. The people of Colchis, wearied by their pursuit and hopeless because of the unreturned Golden Fleece decided to found Pula.
The greatest number of preserved monuments in Pula date from the Roman times, such as the magnificent Gate of Hercules, Temple of Augustus, Triumphal Arch of the Sergi (Golden Gate), Twin Gate… The most imposing monument – sixth by size, and by shape certainly the most beautiful in the world – is the Pula amphitheater, popularly called the Arena, dating from the 1st century BC. The Arena, which was once the site of gladiator fights, place where the first Christians were tortured, among them St. German, today is the venue for concerts and programs of the Pula Film Festival. 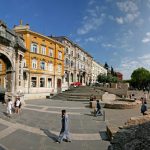 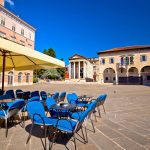 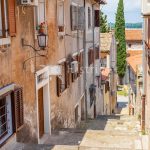 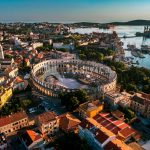 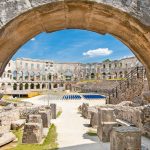 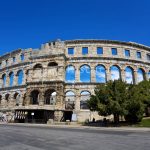 Recommendations
Amphitheatre – monument, which was once the site of gladiator fights. It was built in the 1st century AD. The ground plan is elliptical, the longer axis measuring about 130 m and the shorter one about 100 m. It is believed that the Amphitheatre could seat about 20,000 spectators.

Temple of Augustus – The Temple, situated in the Forum, is dedicated to goddess Roma and Emperor Augustus. It was constructed between the year 2 BC and AD 14. Nowadays, it houses a collection of ancient stone and bronze sculptures.

Triumphal Arch of the Sergi – Golden Gate – The “Golden Gate” was erected between the years 29 and 27 BC by the Sergi family to honour of three members of the family who held important positions in Pula at that time.

Gate of Hercules – It stands between two, most probably medieval, towers, simply constructed out of stone blocks that are not carved. At the top of the damaged arch, although hardly recognizable, there is a carving of the head of Hercules and his truncheon.

Twin Gates and City Walls – In ancient and medieval times, the whole city was surrounded by walls and could be entered through about ten gates. The walls had become old and unnecessary so they were pulled down at the beginning of the 19th century. The Twin Gates, thus called because of the two arches through which you enter the inner yard, once the entrance to the city, were constructed between the 2nd and 3rd century.

Forum – The coast where the Forum was constructed in the 1st century BC had to be filled up to gain a larger area. On the northern part of the Forum stood two twin temples and a central one dedicated to Jupiter, Juno and Minerva. Today only the Temple of Augustus has been fully preserved while of the second temple, only the back wall, built into the Communal Palace in the 13th century, is visible.

Small Roman Theatre – On the north-eastern slopes of the central hill of the city, below the Castle, there are the remains of a Roman theatre: in addition to the Amphitheatre, Pula had two other theatres during the Roman period. The larger one, which has not been preserved, was situated outside the city, on the slopes of Zaro hill (Monte Zaro), south of the city walls. The other theatre known as the Small Roman Theatre was situated within the city walls. The remains of the stage, semicircular orchestra and the audience section have all been partly reconstructed.

Chapel of St. Maria Formosa – It is one of the two chapels built in the 6th century as part of a large Benedictine abbey demolished in the 16th century. The floor and walls were decorated with mosaics, some of which are now in the Archaeological Museum of Istria.

Church and Monastery of St. Francis – The church was built in 1314 in the late Romanesque style with Gothic ornaments, as a firm and simple building of the preaching Franciscan order.

Castle – From the upper circular street, one of the perpendicular paths leads to the top of the central hill of the city where a star-shaped castle with four bastions was built in 1630. This was, most probably, the site of an earlier fortress dating from the pre-Roman and Roman period. The Histrian hill-fort was primarily built for defensive purposes, whereas in the Roman period, a small military garrison was stationed there. Today, the Castle houses the Historical Museum of Istria. 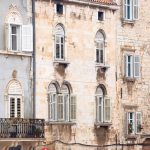 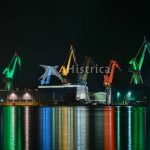 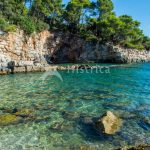 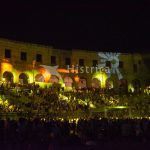 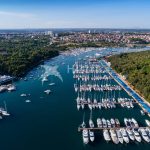 History
Pula became known as one of the earliest sites of human presence. In its vicinity, in the cave called Šandalja, human remains (which date back from one million years B.C.) were found. Until the arrival of Roman legions, Pula was just the surrounding of Nesactium, inhabited in the 15th century B.C., which became the centre of Histrians. They were responsible also for the first hill-fort settlement in the area of Pula, on the location of today’s Kaštel, built 3000 years ago, from where the history of the city is reckoned.
During the Roman Empire, Pula experienced true prosperity. In that period, the water supply system, sewage system, city walls with ten gates, the arch, temples, theatres and the famous amphitheatre were constructed. The time of Franks and their empire introduced Pula to feudalism when the city-states were established and many conflicts took place until the year 1150 when Pula finally sworn loyalty to Venice. In this period of conflict and disease, the total population was reduced to just 300 people.  Pula was under the Venetian government until 1797 when it became a part of the Habsburg Monarchy.

Briefly after that, in 1805, the French entered the city and took control. Finally, in 1813, Pula returned under the administration of the Austrian Empire, returning peace and prosperity to the city. In 1859, the impressive port of Pula became the main Austrian harbour and the main shipbuilding centre while the population of Pula consisted of 60 000 people. After the fall of the Austro-Hungarian Empire in 1918, Pula was allocated to Italy under whose government the Croatians were subjected to enormous oppression, forced Italianization, looting and sending to camps. That is why many people fled from Pula and Istria.

The fascist government lasted until 1943 when the city was taken over by the German army, which continued with the arrests, deportation and executions of the local population. Only 3 months after the takeover, the Allied bombardment of the city began and lasted until March of  1945. During that war, many civilians died and numerous historic monuments were destroyed as well as one part of the old city’s centre.In May 1945, Pula was finally liberated and remained under the United Nations’ regulations until September of 1947, when it was officially united with Croatia and therefore Yugoslavia.

In 1991, after the fall of Yugoslavia, Pula and Istria became a part of the modern Republic of Croatia.