FAŽANA is coastal town in the south-west of the Istrian peninsula, opposite the Brijuni islands. The town dates from the ancient Roman times when its name was Vasanium and was well-known for manufacturing amphorae, vases and tiles.

Many different flags have sailed in the Fažana canal throughout the centuries the cultures succeeding one another – the Romans, Byzantines, Venetians, Austro-Hungarians – met and fought in the area leaving many traces behind. The old town centre dating back from medieval times is dominated by the parish church of SS. Cosmas and Damian (XV century). Picturesque squares, old close-built houses, narrow stone paved streets as well as three churches (St. Mary of Mount Carmel – IX century, St. John’s XVI cent., St. Eliseus – VI cent.) are only a part of Fažana’s cultural heritage.

The town port and squares are nowdays a beautiful stage hosting numerous cultural and music events that take places during the summer.Except being a fishermen village, Fažana has always been well known for its excellent wine and olive oil. Fish and meat gastronomic deliciousness, authentic dishes as well as quality wine offered by local restaurants can surely meet the requirements of any gourmand.

Beautiful beaches, clear sea, Mediterranean climate and lush vegetation have contributed to the development of tourism in Fažana, Valbandon and Šurida whose inhabitants have always been known for their hospitality. The guests who prefer camping are invited to spend their holidays in a high-quality campings, situated in the shade of pine trees.

WELCOME AND ENJOY YOUR STAY IN FAŽANA. 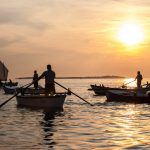 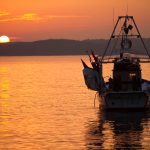 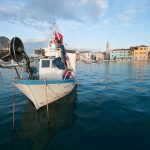 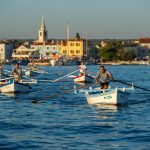 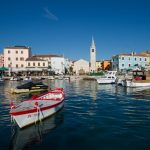 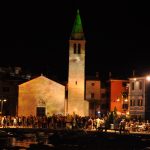 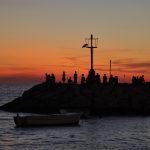 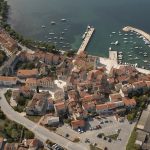 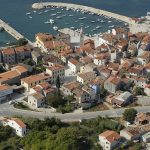 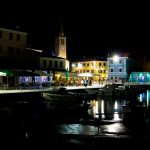 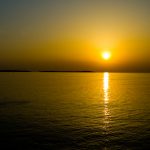 Brijuni National Park is an oasis of the magnificent harmony between man, animal and plant life. There are almost 700 plant species and about 250 bird species on the islands, whereas the mild Mediterranean climate makes it a pleasant health resort. After leaving Fažana, the line of green islands viewed from the boat, transforms into Veliki Brijun, the largest of the 14 islands.

The traces of dinosaurs, remains of Antiquity and later periods, achievements of modern times are all present in this area, whose development as an exclusive resort starts in 1893 thanks to the “old Austrian”, the industrialist Paul Kupelwieser, owner of the Brijuni Islands. This fashionable seaside resort and one of the leading health resorts started developing and gaining popularity all over Europe and worldwide, but this unfortunately ended with the beginning of World War I.

From then on Brijuni were mostly known for the political activities ofMarshal Josip Broz Tito, the president of former Yugoslavia, who arrived on Brijuni for the first time in 1947. The usual, short introduction to Brijuni is a tour by tourist train that takes visitors through all the different natural beauties; through the safari park, by the Byzantine castrum, Roman residential villa in Verige Bay and many other interesting sights. Right by the harbor, close to hotels “Istra”, “Neptun” and “Karmen” is the church of St. German from the 15th century which houses an exhibit of Istrian frescoes and copies of Glagolitic monuments.

Nearby is the natural science exhibit, archaeological museum and exhibition “Tito on Brijuni”.

The National Park of Brijuni includes the following islands: Veliki Brijun, Mali Brijun, St. Mark, Gaz, Okrugljak, Supin, Supinić, Galija, Grunj, Vanga (Krasnica), Pusti (Madona), Vrsar, St. Jerome and Kozada. (Krasnica), Pusti (Madona), Vrsar, Sv.Jerolim i Kozada. Geologically and geo-morphologically Brijuni are the continuation of western Istria, the so-called “Red Istria”. Since the depth of the channel of Fažana is just 12m, Brijuni were until some 10,000 years ago an integral part of Istria.

Climatically Brijuni are part of the northern Mediterranean type of climate and have all the qualities of the western Istrian coast with a relatively high value of dampness in the air (76%). The average yearly temperature is 13.9C, the precipitation average is 817mm, while the level of insolation is 2350 hours per year.

The main characteristic of the Brijuni archipelago is the extraordinary biological diversity given thanks to its geographical location, its geological base and geomorphology, its diversity of the habitat and its island isolation.

The natural biological diversity was enriched by men’s traditional husbandry. Veliki Brijun, as the largest island of the archipelago, which was cultivated into a harmonious landscape of meadows and parks, has along with the rich remnants of architectural heritage also the preserved vegetation types typical for the western Istrian climate. It is important to underline that the sea forms 80% of the protected area of the National Park and has almost all the elements of the marine eco-system of the Adriatic 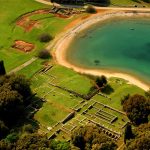 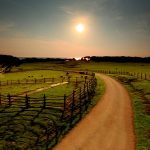 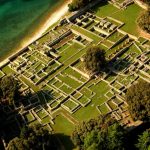 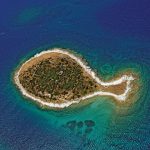 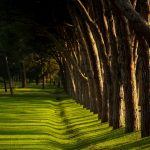